'For with God nothing shall be impossible' Luke 1:37

Here at St Luke's, we are making a concerted effort to become a 'greener' school and do what we can to reduce the amount of material waste we are producing.  We realise that 'plastic' waste especially is having a huge negative impact on the environment, so we are determined to do 'our bit' to help the planet - for the benefit of our lives now and for all future generations.

As a result, all pupils and staff now have access to new 'recycling bins' throughout the school to help recycle waste materials such as paper, crisp packets, pens, plastic bottle tops, cartons, bottles and cans.

All KS1 and KS2 pupils listened to an assembly delivered by Mr Addison about the importance of recycling and protecting the environment.

Pupils got to use the new recycling bins on display and disposed of waste materials in a more considered way.

Instead of going to 'landfill', used crisp packets will now be saved, collected and sent to 'Terracycle' for recycling. 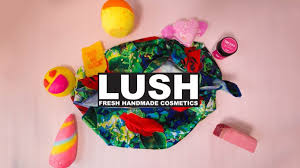 All the bottle tops we collect will be delivered to 'Lush Cosmetics' in Manchester, who then recycle them and use the plastic to create other products and new packaging.

The pupils at St Luke's have responded excellently to our new 'responsible' methods of waste disposal.

New recycling bins are now in use within the KS2 canteen hall for the children to use at break and lunchtime.

Some pupils have even brought in materials from home to be recycled!

Pen recycling boxes are also being introduced throughout the school as once again they can be recycled through the help of Terracycle.

The St Luke's staff are also improving their recycling and new bins have appeared in the staff-room as well.

Paper recycling bins are now for use next to our two printer/copiers in school for any unwanted, non-confidential waste paper.  This is collected weekly by 'Fresh' waste management as part of their 'dry' recycling scheme.

With the help of the St Luke's Eco Council, all these bins will be emptied on a weekly basis so they can be used continually throughout the year.  Well done to everyone (pupils and staff) who have contributed so far to help St Luke's become a 'greener' school; this is the start of a new and exciting 'recycling' journey.  Please keep logging on for more news about recycling at St Luke's.

To bring awareness and celebrate Global Recycling day, on the 18th March 2021 Mr Addison delivered an assembly highlighting the importance of recycling.  We've made huge strides as a school with the amount of waste we're now recycling and this assembly was both a celebration of our progress so far and also acted as inspiration to keep up our super efforts.

Mr Addison explaining the importance of recycling as part of our Global Recycling day focus.

All Junior pupils were made aware of the three 'R' principles: Reduce, Reuse, Recycle.  This assembly also highlighted to the children just how much waste we generate over time and how important and pleasing it is that we now recycle all of this waste through our new disposal methods.

All these used pens are now going to be delivered to Ryman Stationery to be recycled instead of going to landfill.  Every class at St Luke's now has a pen recycling box and it's fabulous that the pupils are using them so much.

Used crisp packets are very damaging to the environment as the combined metal and plastic packet takes a very long time to decompose (up to 80 years).  This crisp packet, which was found recently, is now 21 years old!  We have currently sent over 3000 used crisp packets to be recycled with the help of Terracycle.

St Luke's pupils have also visited Lush in Manchester to drop off our used bottle tops.  Over the last few months pupils and staff have been collecting bottle tops that would have instead gone to landfill.  By taking them to Lush, we now know that they will be turned into new plastic products instead of just going to landfill.

Delivering our bottle tops to 'Lush' in Manchester.

We have collected an incredible amount over the last few months and we felt delighted that we could recycle them.

St Lukes's pupils certainly enjoyed the trip to Lush knowing that they are helping the environment.

We now also have a new 'Recycling' display in the Junior Hall which reminds and informs pupils about the importance of recycling and how we should look after our planet.

Back to the Top

We use necessary cookies to make our site work. We'd also like to set optional analytics cookies to help us improve it. We won't set optional cookies unless you enable them. Using this tool will set a cookie on your device to remember your preferences.

Necessary cookies enable core functionality such as security, network management, and accessibility. You may disable these by changing your browser settings, but this may affect how the website functions.